World Athletics has ratified the world record that Kibiwott Kandie achieved in Valencia last December, setting a new world record for a half marathon with the spectacular 57:32 achieved in the Valencia Half Marathon Trinidad Alfonso EDP. 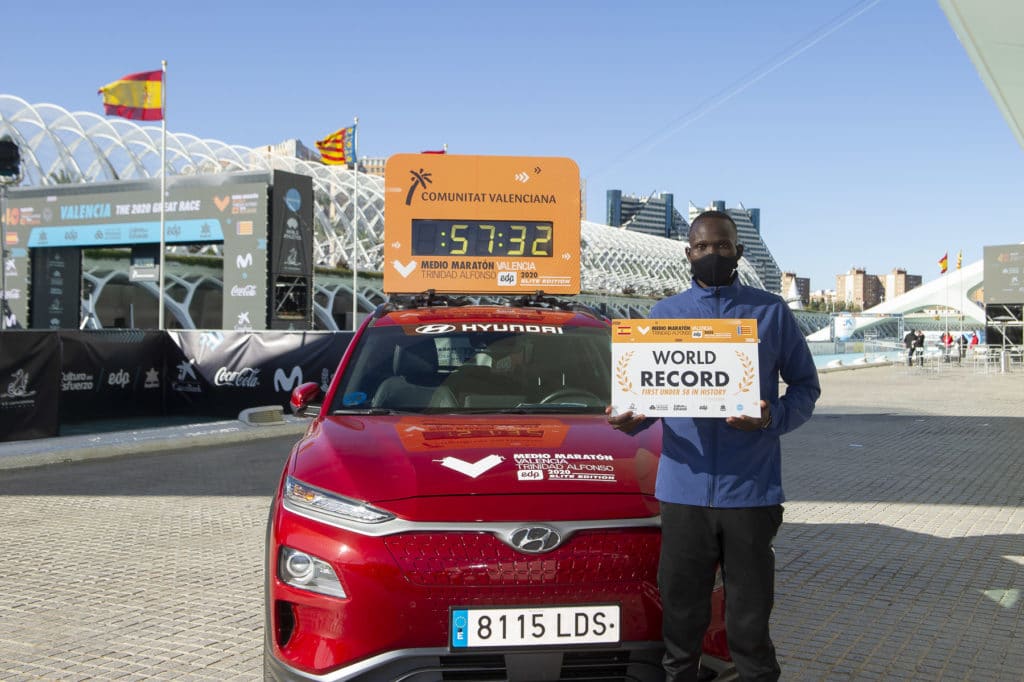 The highest body in world athletics has confirmed the validity of the time set by the Kenyan runner in the Elite Edition, after the appropriate check on the circuit length and a negative result in the anti-doping controls that the runner passed, as well as the verification of compliance with all the technical aspects that surrounded the record, including the validity of the shoes.

Kandie set a new world record on a historic day, with four runners below the previous record for the 21,097.5 metres, which Geoffrey Kamworor had held since 15 September 2019 and achieved at the Copenhagen Half, which is a member of the Superhalfs as is the Valencia Half Marathon. 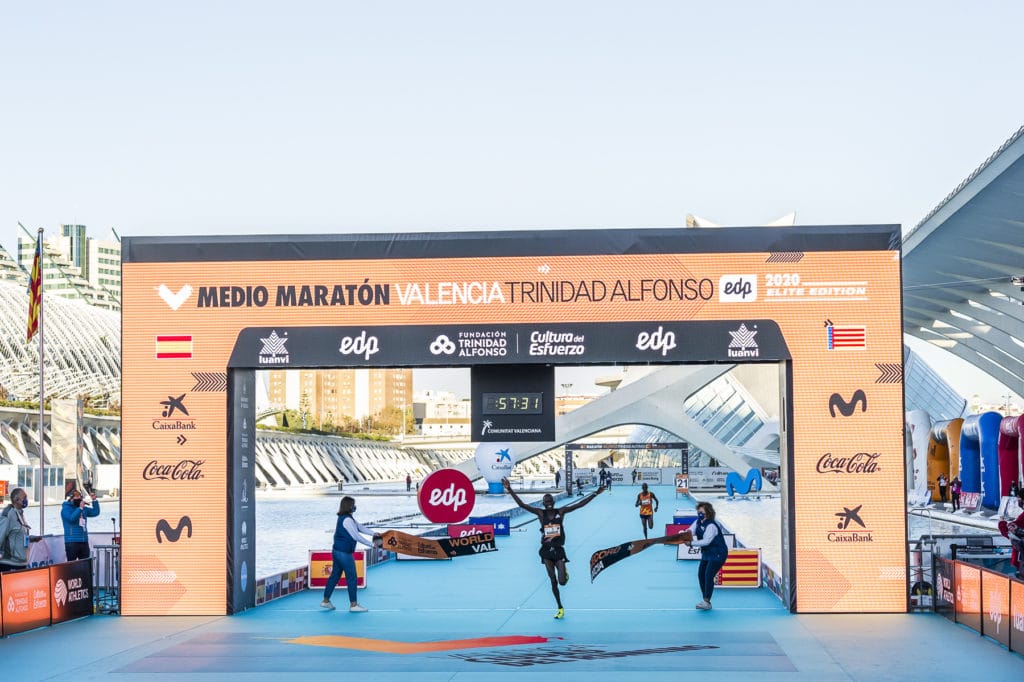 Four runners below the world record

Kandie broke the world record by 29 seconds, flying along the fast circuit in Valencia Ciudad del Running in an Elite Edition that was held only for professional athletes.

The Kenyan runner’s victory was a new world record after surpassing the record of 58:01 that Kamworor achieved in 2019.

In addition, three more men crossed the finish line with a time faster than the previous world record: Jacob Kiplimo (57:37), Rhonex Kipruto (57:49) and Alexander Mutiso (57:59), confirming that the circuit is the best in the world for fast times. 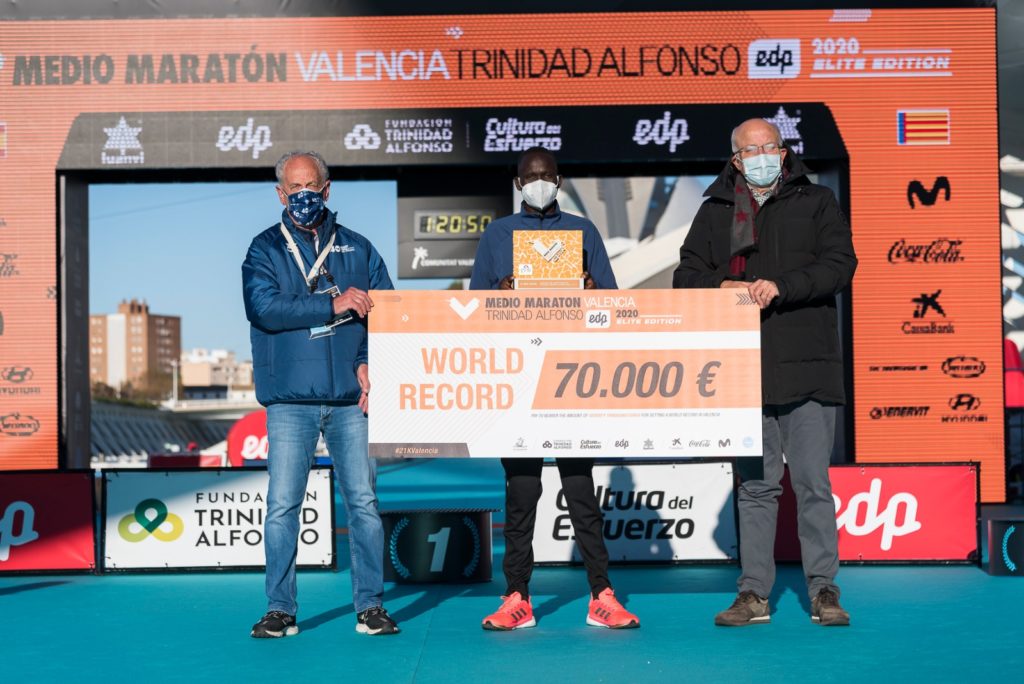 The Valencia Half Marathon Trinidad Alfonso EDP had also previously achieved a world record in 2017, in this case the women’s record for the distance of 21,097.5 metres. The time set by Joyciline Jepkosgei, the first runner to cross the finish line, with a time of 1h04:51 made history and assured Valencia’s place as the fastest women’s race in the world for several years.