The Valencia-Trinidad Alfonso EDP Marathon keeps breaking records. Spain’s best race has set a new record for runner participation in 2018 having assigned 22,000 bibs for the marathon on the 2nd of December. This beats the previous record, set last year with 19,248 runners. 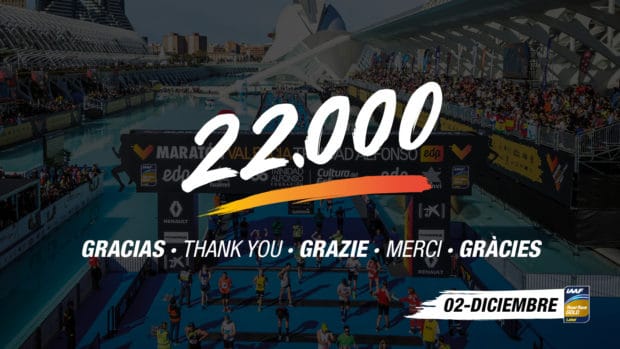 The loyalty of Spanish runners together with a big rise in foreign entries led to the 22,000 entries. The organisers — SD Correcaminos (running club) and Valencia City Council — announced the new record after the last 500 running bibs had all been taken.
The surge in entries for the Valencia Marathon means that the event has now broken the barrier of 20,000 entries — a record that stood for 38 years. Although the final number of entries forecast two months before the trial was even higher, the organisers announced that it would make a final tranche of 500 bibs available for the event. Now that these have all been taken, we can celebrate a new record for the number of athletes taking part. 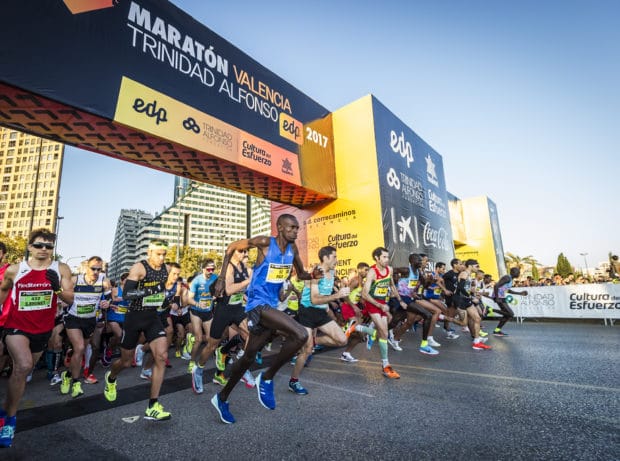 This figure of 22,000 runners in the Marathon, together with over 8,500 runners who will compete in the 10-kilometre Valencia Trinidad Alfonso Race means that over 30,000 people will attend The Runners’ Fair, together with their companions. For many years now, the organisers have carefully controlled access points to ensure that the capacity of the venue is not exceeded. Furthermore, all competitors must assemble in their boxes before 8:30 A.M. when the trials begin. The organisers will ensure that safety and the provision of quality services come first at both The Runners’ Fair and in the trials. 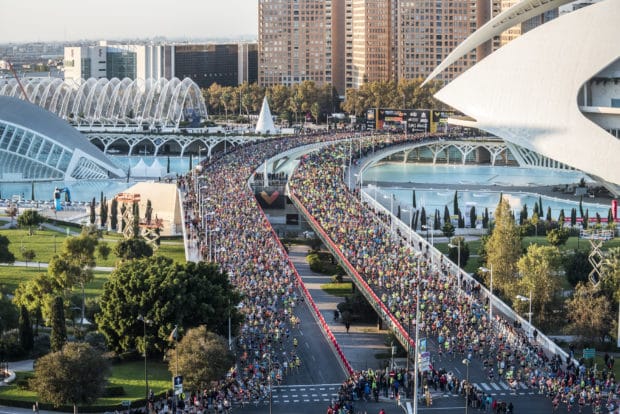 Paco Borao, President of SD Correcaminos (running club) and who was recently re-appointed as top representative of AIMS, noted that “The Marathon and Half-Marathon have set new records for the number of entries for the two events, building on the trend seen over the last few years. This means that we must pay even greater attention to safety. Thousands of runners place their trust in us each year hence our concern to ensure their safety and to provide them with quality services throughout the event”.

With regard to future trials, the organisers, together with the forces of law and order and local authorities, will control the annual rise in runner numbers to ensure that safety and quality criteria are fully met in every aspect of the Valencia Marathon and Half-Marathon trials. Changes will be made where necessary to ensure that growth in runner numbers is sustainable.

The organisers are grateful for the trust placed in the trials held by Valencia, ‘The Running City’.