The Valencia Half Marathon Trinidad Alfonso EDP and the sports firm Luanvi will continue to work together for three more years, after a new agreement between race organisers SD Correcaminos and the Valencian company to extend a partnership that began in 2014 and will now run until 2023. 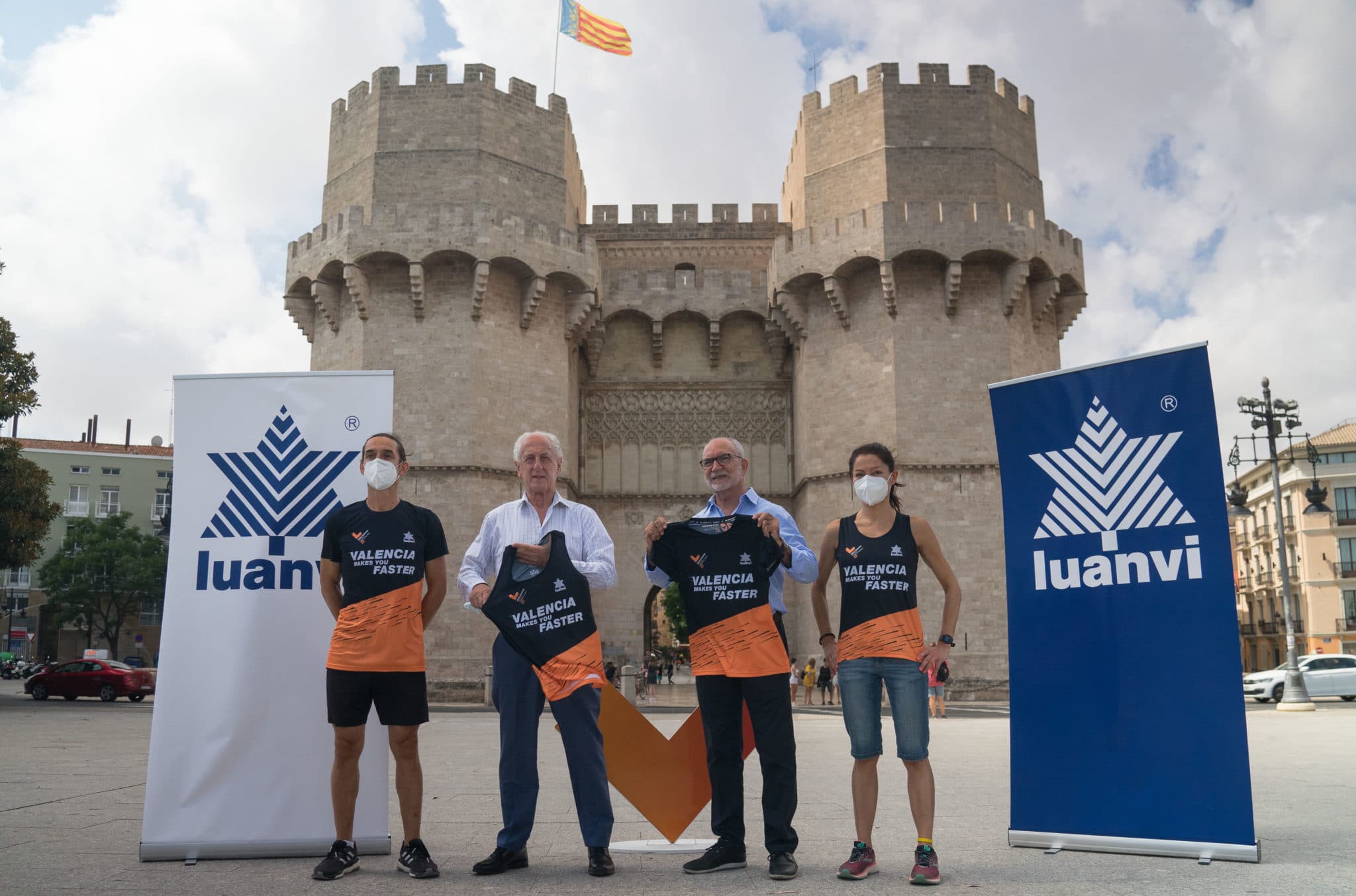 Luanvi will, thus, continue to provide the kit for the runners and Organisers of the world’s fastest half marathon, which was unable to welcome fun runners last year due to the pandemic, and which will welcome back around 12,000 popular participants on 24 October, when the 30th Valencia half marathon will be held.

To celebrate the occasion, and after breaking all the records in the last Elite Edition, the slogan on the Luanvi T-shirt that will be given to the participants will be ‘Valencia makes you faster’, to highlight the speed of the 21K in Valencia City of Running. This t-shirt will feature four options -men’s and women’s short sleeves and men’s and women’s vest–, made of high elasticity fabric and cool-skin technology. This material not only wicks sweat away quickly and prevents dampness, but it is also lightweight and soft. It also has flatlock seams to minimise chafing when exercising. 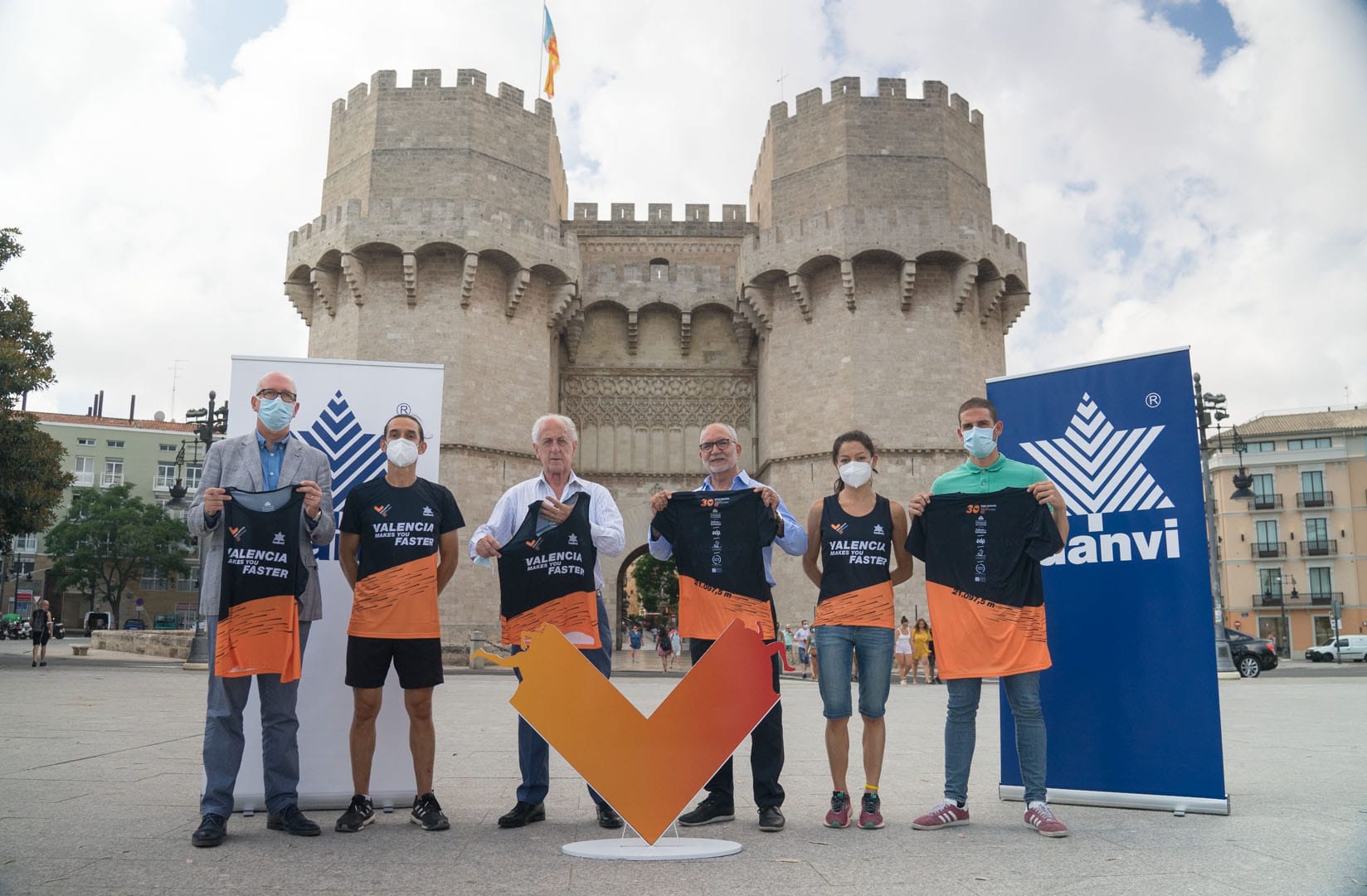 The agreement was presented in front of the emblematic Serranos Towers in Valencia in the presence of Paco Borao, President of SD Correcaminos, Vicente Tarancón, President of Luanvi, Juan Miguel Gómez, Director of the Trinidad Alfonso Foundation, and Borja Santamaría, Manager of the Municipal Sports Foundation, who were accompanied by representatives from the main Valencian running clubs. 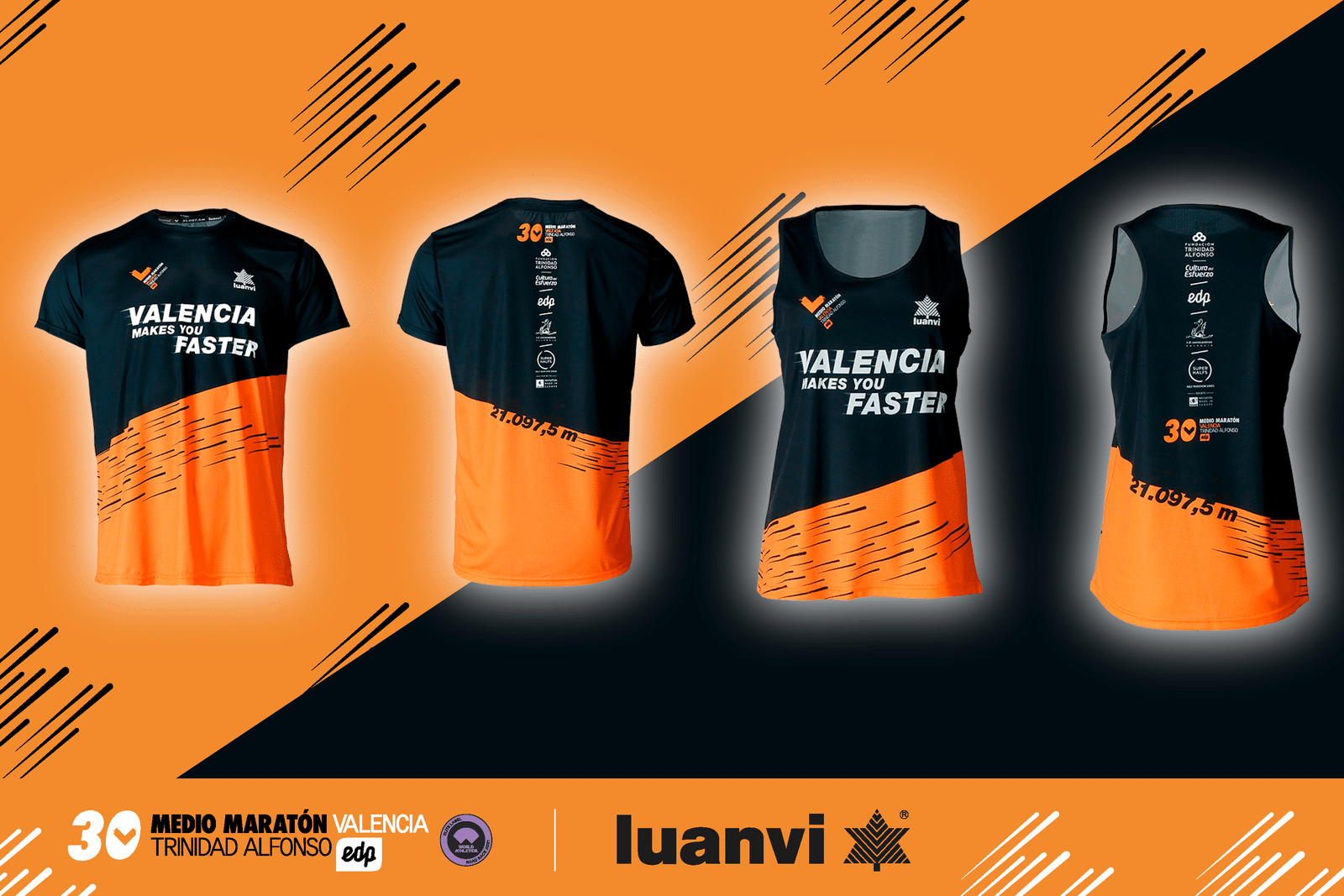 Vicente Tarancón has affirmed that Luanvi is “happy to extend our link with the fastest half marathon in the world”, which “endorses the brand as a national and international reference in the world of running and technical T-shirts”. Tarancón also spoke about the roots of both brands stating that “it is a source of pride for us to be involved in a race of this level”, adding with respect to the T-shirts that they have sought to “maintain the technical line so that the runner feels comfortable in it” and highlighting that “year after year many official garments from this race are seen in different parts of the world and even on the day of the race itself”.

For his part, Paco Borao affirmed that continuing to count on Luanvi as a technical brand in the Half Marathon “strengthens an alliance that has been growing with pride for all since 2014” and he highlighted “the joy of being able to start celebrating the 30th anniversary of the race”.

In the world of athletics, they also have a great deal of experience. The Trinidad Alfonso EDP Valencia Half Marathon has been wearing Luanvi since 2014 and it are a technical brand for the Ponle Freno Race Circuit, the Zurich Malaga Marathon and the Lisbon Marathon and Half Marathon, among others.