Valencia has already fired the starting signal. A series of ‘gold’ events will take place in the two months remaining for the Half Marathon and the Trinidad Alfonso EDP Valencia Marathon. As a result of the new Gold Label of the International Association of Athletics (IAFF) awarded to both races –an unprecedented recognition in Spain– there will be a series of activities and events that have started today in the city centre. Joan Ribó, the Mayor of Valencia; Paco Borao, president of the organizing committee; and Elena Tejedor, director of the Trinidad Alfonso Foundation, the Marathon’s main sponsor, have painted the first metres of a golden line that will characterize our city this autumn.

This is part of the circuit of both the Half Marathon and the Valencia Marathon which will lead all runners on the 23rd of October and the 20th of November, respectively. Isaval, a firm from Valencia area, is the one in charge of manufacturing the paint which has been specifically designed for this event. Gold Valencia is the colour that will paint the city on both races. The first colour test has taken place today on the asphalt of a very significant place for the races, Plaza del Ayuntamiento (the Town Hall Square).

‘Who would have though that we would be here today when the first marathon was held in the city in 1981. Our goal has always been to improve and to attract more runners, since ours is also the spirit of the athletes‘, said Paco Borao. ‘We want to make the most of this milestone for sports in the city and the country. We share our success with all the people of Valencia‘, added Elena Tejedor. ‘We, the citizens, should be proud. Valencia has become an international reference and has two big events which promote both sports and solidarity in road races‘, said Joan Ribó.

This action has been the first of a series of new events and activities related to the Gold Plan, which aims at celebrating the fact that the Valencia Marathon and the Half Marathon are among the best races in the world. In addition, the Gold Label proves the quality of the City of Running both at an organizational and a sports level. In fact, only three capital cities (Lisbon, Rome and Praga) have been awarded the Gold Label for the quality of their races.

The three personalities who have participated in the event today represent Valencia, SD Correcaminos and the Trinidad Alfonso Foundation, which are the entities which have helped Valencia Marathon become the top race in Spain. Furthermore, Maite Girau, head of the local Department for Sports and Health, has also been in the opening of the Gold Plan together with José Vicente Berlanga, Managing Director of the Local Sports Association; Jaime García, head of the Traffic Department of the Local Police; and Francisco Vallejo Jiménez, CEO of the Valencian firm Isaval.

The golden water-based paint has been specifically designed to indicate the route of the 26th Trinidad Alfonso Valencia Half Marathon and the 36th Trinidad Alfonso EDP Valencia Marathon. The paint contains a formula based on next-generation natural resins of plant origin which are environmentally friendly. The product is highly resistant but at the same time it can be easily cleaned off. This way there will no longer be durable road markings after the event. 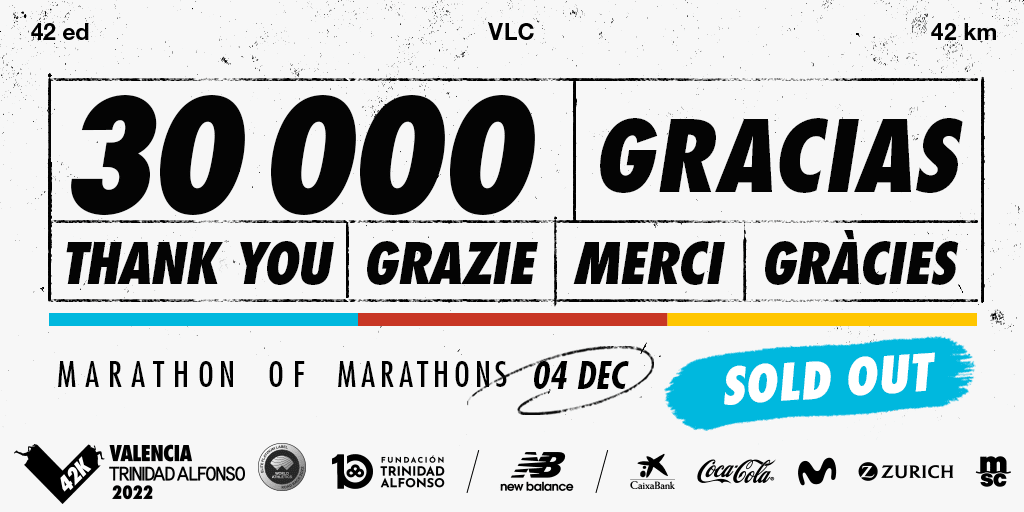