The 42nd Trinidad Alfonso Valencia Marathon expects to have an “outstanding race” next Sunday in terms of elite sporting results, for which it has prepared a start list with many important names among which Letesenbet Gidey, a debutant in the distance, stands out.

This was explained by Paco Borao, race director, who pointed out that “from the organisation we want everything to go as planned, because the show is given by the runners”. “We prepare the base, the circuit, so that the runners can show off in the streets of Valencia”, and he has assured that the objective is “to make an outstanding race” and “to have everything ready so that the records can be achieved”.

Marc Roig, international elite manager of the Valencia Marathon, confessed that “every year it is easier to convince athletes to come and run the Trinidad Alfonso Valencia Marathon, because everybody knows that Valencia is the City of Running. The hardest part is to choose which athletes will come”. And among the names to take note of for Sunday, he said that there are many, but of course the world champion Tamirat Tola and Letesenbet Gidey stand out.

At the official press conference, Swiss athlete Julien Wanders, who has already run several times in València, said that he hopes “to enjoy the race and improve my times”, after his first marathon “did not go as I expected, so I come back to Valencia having learned from my mistakes”.

Alexandar Mutiso, who is making his debut in the distance, is happy to be back in Valencia, where he was the hare last year, and he has pointed out that “this city has worked quite well for me and I have achieved good results. On Sunday I hope to do very well, although it is no longer a half marathon…. I will do my best to see how my body responds”.

Finally, Ethiopia’s Letesenbet Gidey will make her long-awaited marathon debut on Sunday. “I am very happy to be back in Valencia, for me it is a very special city where I have broken two world records: 5000m and half marathon. Now I’m going after the Marathon record”.

The athlete explained that she will decide on her strategy for Sunday tomorrow, but that she is confident in her training “to beat the record on Sunday”. “I hope I can do it here in Valencia”, she added, “since I broke the 5000m record in Valencia I feel at home in this city to keep on breaking records”. 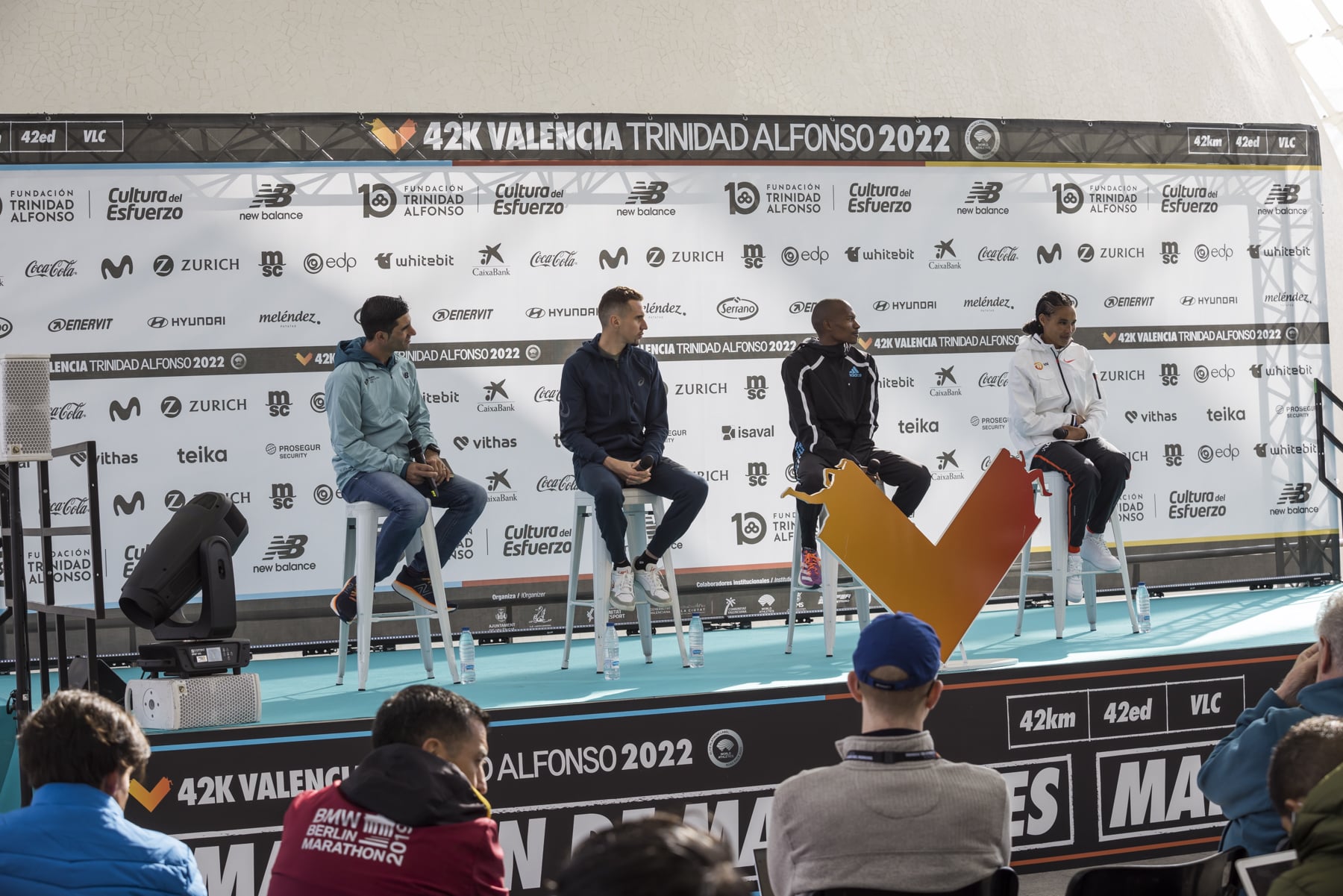