The 42nd Trinidad Alfonso Valencia Marathon has managed to beat its two circuit records and be amongst the three best times in the world for both men and women thanks to the victories of Kelvin Kiptum and Amane Beriso. The Kenyan has achieved a time of 2:01:53 and the Ethiopian has clocked a time of 2:14:58 in the women’s category.

Kiptum, who was debuting at the distance, managed to beat the course record (Evans Chebet, 2:03:00) by more than a minute. The runner-up was Gabriel Geay with a great time of 2:03:00 – third fastest time of 2022 – followed by another debutant, Alexander Mutiso with 2:03:29.

In the women’s race, Amane Beriso improved the previous record (Peres Jepchirchir, 2:17:16) by more than two minutes. Behind her, the podium was completed by debutant Letesenbet Gidey with 2:16:49 and Sheila Chepkirui with 2:17:29, second and third, respectively, completing a spectacular race. 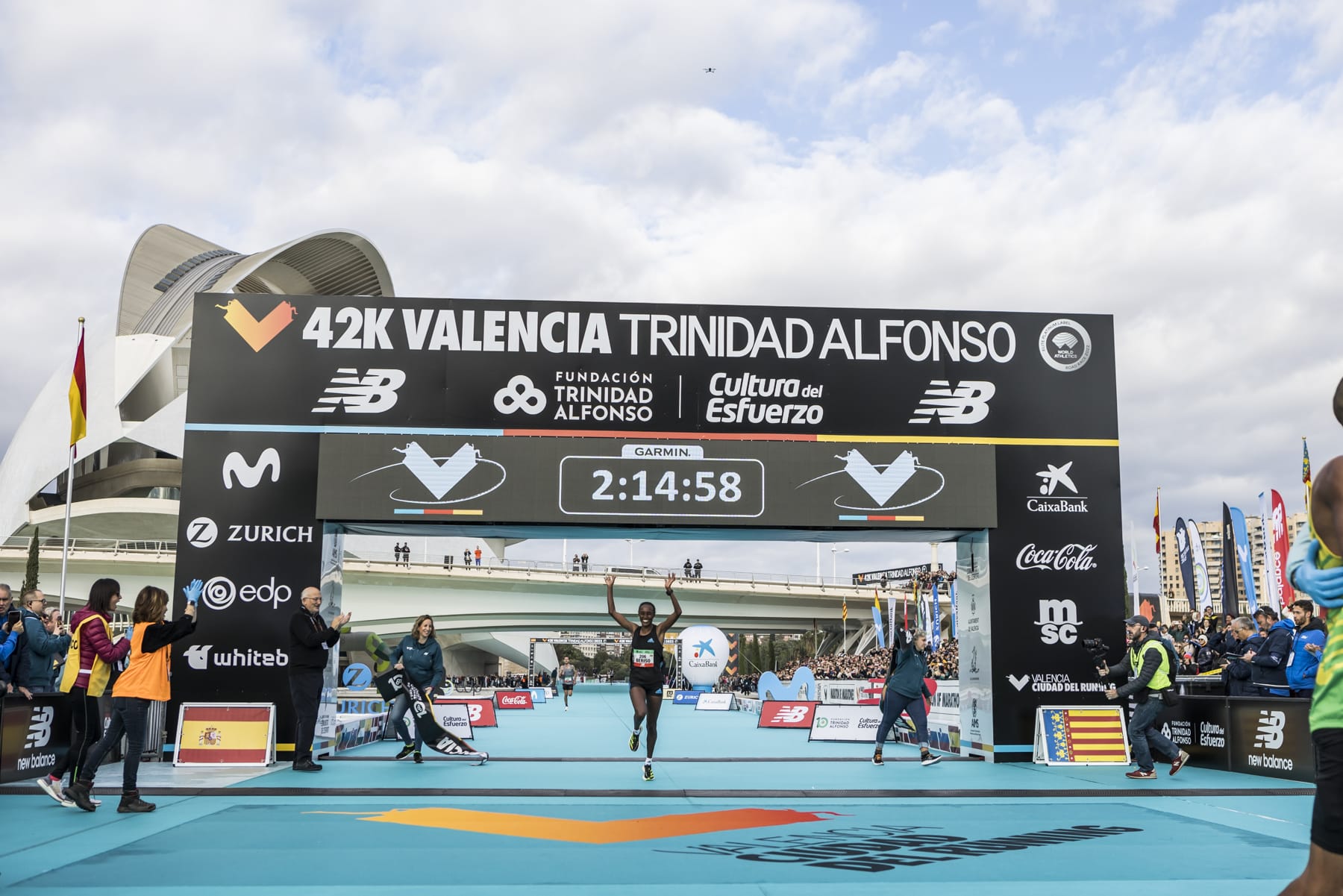