The 25th edition of the Trinidad Alfonso Valencia Half Marathon, organized by the Correcaminos Athletics Club, will be the most spectacular race in its quarter of a century history. After some massive achievements in the 2014 edition including 6th fastest half marathon in history and the fastest half marathon on Spanish soil the 2015 edition is set to be even better. With even more elite runners looking to qualify for the Rio Olympics and a massive participation the 25th Valencia Half Marathon aims to take its place among the very best long distance running events in the world.

To continue the sporting success of the Valencia Half Marathon and to exceed previous years the Trinidad Alfonso team and Correcaminos have guaranteed an amazing spectacle for the casual spectator and running aficionados. 10 Elite international runners will be leading the pack and fighting it out for top spot. All 10 runners are accredited with half marathon times of under 60 minutes. This is the first time that such a top line up has been assembled in Spain. The to ten is headed up by Abraham Cheroben, current record holder of the Valencian Half Marathon with a time of 58:48. Hot on the Kenyan’s heels will be Kenneth Kipkemoi (59:01), Matthew Kisorio (59:51 in 2014 and 58:46 in 2011) and Titus Mbishei (59:55). A runner to keep an eye on will be the 10k and 15k world record holder Leonard Patrick Komon, Leonard is not a 21k specialist but he has ran a half marathon in 59:14 and will be looking to prove himself in this distance. Filling up the spots in this incredibly competitive elite group are de Simon Cheprot (59:20 in 2013 and a recent time of 59:32), Daniel Chebii (59:49), Vicent Yator (59:56), Edwin Rotich (59:59)  and Getu Feleke, a marathon runner who has a time of 59:56 in the 21,0975 km and 2h04:50 in the full marathon..

The competition at the top end of the women’s part of the race will not be lacking in excitement and pace. The Ethiopian Worknesh Debele (1h07:14) will be setting the pace and the Kenyan Rose Chelimo (1h08:22) will be pushing her all the way. 5 other elite African women athletes will be trying to exploit the flat Valencian course and cool weather on the 18th of October who have ran sub 1h10 Half Marathons recently. In recent years Valencia has attracted many elite runners form Africa and around the world, this year is no exception. Coming from Japan the elite runner Eri Makikawa (1h10:27) will be challenging the African continent for top spot. The time they will be aiming for as a minimum will be the course record set by Emily Chebet (1h08:01) in 2014.

These brilliant male and female athletes show the ambition of the Valencia running calendar. They will be an inspiration for all the runners and will attract a strong worldwide audience to the event. To be able to run on the same track as these elite runners will be a fantastic motivator for the professionals and the amateurs. Over 12,500 runners are registered to run, 21% of them are women, this represents a 4% increase in women runners over 2014. Year on year the Valencia Half Marathon gets bigger, better, more prestigious and proudly has more women every year.

Valencia is an international running destination, the good weather, flat course and attractiveness of the city means that every year the amount of sports tourists increases. In 2015, 54 countries will be running the Valencia Half Marathon. Of the total 12,500 runners, 13% will be form outside of Spain, this is 6% more than last year and a great pay off for all the international promotional work the Valencia team has done around Europe at all the major running events.

The Trinidad Alfonso Valencia half-marathon organizing team has planned a big 25th anniversary party with a wide program of festivities to get everyone involved. They have placed a giant photographic mural in the Runner’s fair so that runners from previous editions can see themselves in the history of the Valencian trial. The mural is a victory run through the history of the event and is like a giant postcard where visitors to the Runner’s fair can leave their messages, congratulations, and special dedications. The best from among these will be published in the press on the day after the event.

The 25th is shaping up to be one of the biggest Valencian celebrations in history. On Saturday, there will be a spectacular mascletà at 13:25h performed by official pyrotechnician. It will be set off near the Runner’s fair, at Tinglado 4. Nobody should miss an element as important as gunpowder in the Valencian celebrations: it’s an adrenalin injection for the big event the next day.

On the day of the run, emotions will be close to the surface. An exciting set off and a final finish that will be the climax of several days of commemorative acts. A huge celebration that will close everything in a weekend of events, some of which will be revealed at the Runner’s fair.

Lastly, as always, thanks to collaboration with the Trinidad Alfonso Foundation, a euro will donated to the trial’s associated beneficiary charity for every runner that crosses the finish line. On this occasion, the Cystic Fibrosis Association will be the beneficiary of the effort of thousands of runners turned into money. A financial contribution that will surely be a record as it is linked to an increased number of runners compared to last year.

A t-shirt that makes history

The Valencian company Luanvi, with more than 25 years’ experience in the sports world, has been commissioned to come up with this years’ novel design. Using the latest technology in the sports textiles sector they have designed a t-shirt, the race’s image, with a retro feel, ideal for commemorating 25 years of the half-marathon in Valencia City. 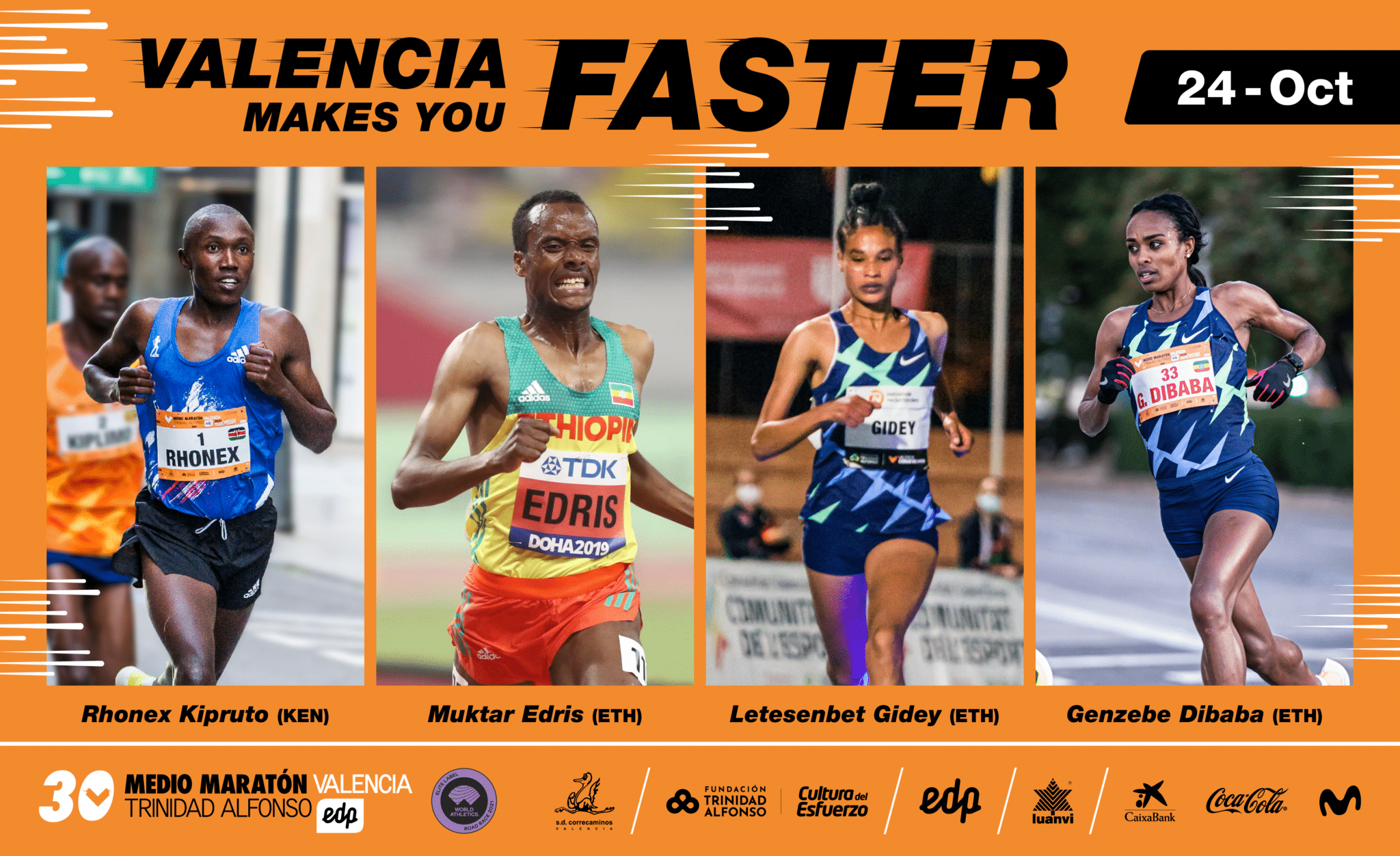 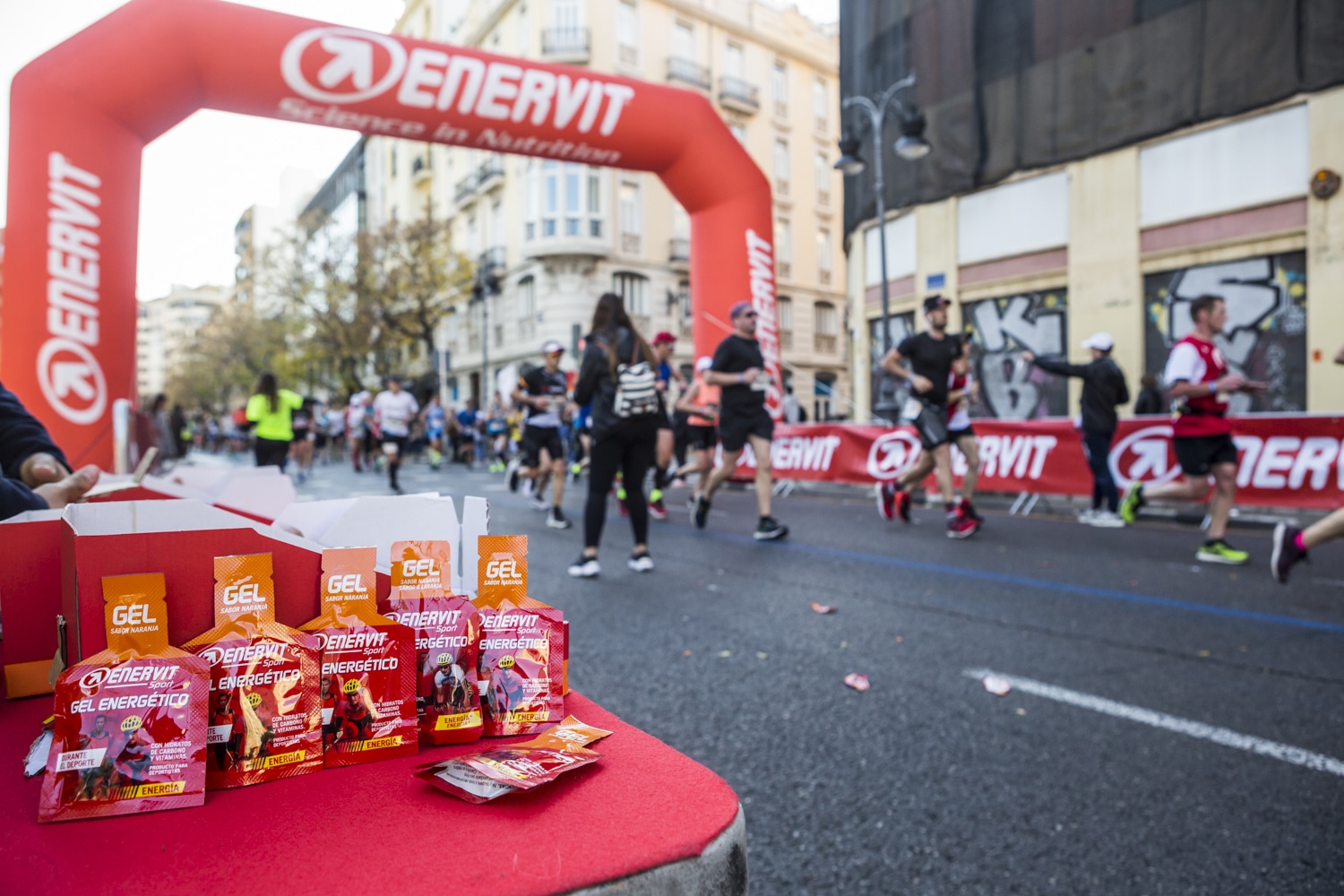 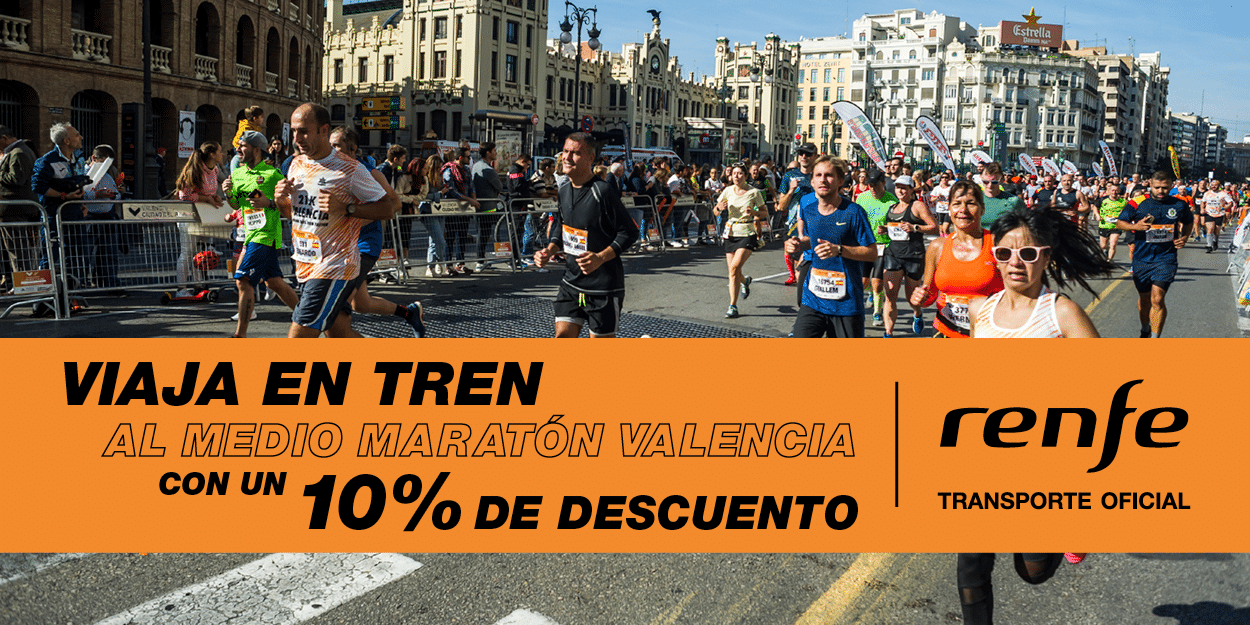