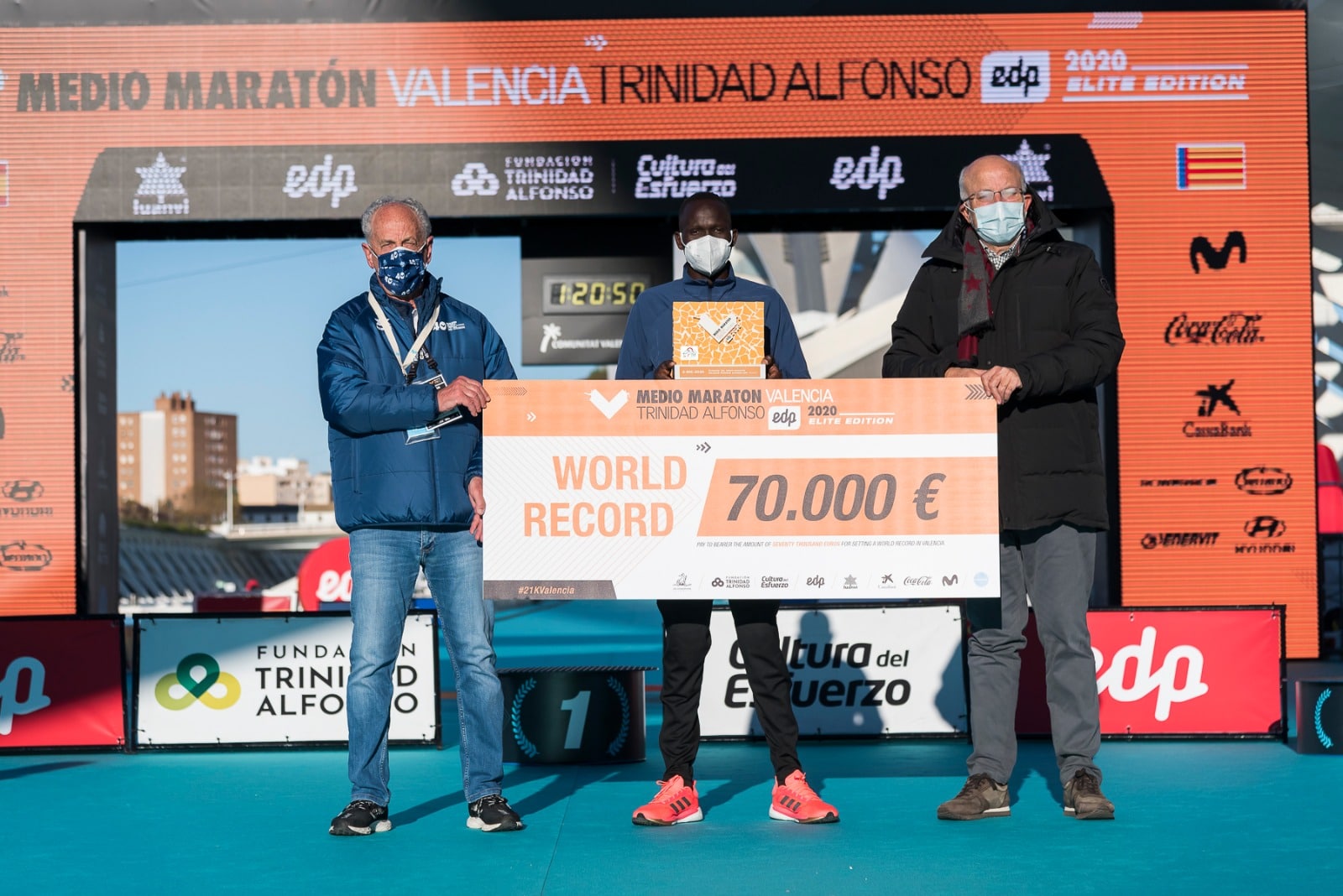 The Trinidad Alfonso Foundation will continue to be the main partner to the Valencia Marathon and Half Marathon until at least 2024. This has been announced by its president, Juan Roig, at the conclusion of the Elite Edition 2020. The Foundation, thus, continues to be committed to the growth and positioning of this race as a strategic part of its work programme.

“We will continue to set ourselves new challenges. Today I want to announce that the Trinidad Alfonso Foundation will renew its commitment to the Valencia Marathon and will continue to support it until 2024 as its main partner. I said I would like to achieve the world record in 2020 and since this has not been possible we will continue to work together for another four years to achieve it. We are very happy with all the records we have broken today”, announced Juan Roig at the conclusion of the marathon.

The Trinidad Alfonso Foundation began its link with both events in 2012, although, in the case of the marathon, it was not until 2014 when it first gave its name to the event as a main partner. Since then, its involvement has grown, improving the records set in the race and increasing the numbers of registered runners up to 25,000 in the last marathon and 17,500 in the half marathon.

Paco Borao wanted to thank “the Trinidad Alfonso Foundation for this support. This is for València and it is highly necessary. The global impact the city is currently enjoying is spectacular”.

While this commitment to the Valencia Marathon and Half Marathon is long standing and coincided with the birth of the Trinidad Alfonso Foundation, this renewal is also part of the need to continue its commitment to those events that position the city and the Valencian Community on the world sports map. The ‘Valencia City of Running’ brand, whose flagship is the Valencia Marathon, is now a reference and the race itself has managed to get into the select group of races awarded the Platinum Label, thus positioning itself at the same level as the best Majors such as New York, Berlin or London.

Clear evidence of this has been the 2020 edition and the very high level of sport seen on the streets of Valencia: “Being able to put on this event was already important. Achieving this record once again is another milestone for Valencia, which proves once again that it is the city of running and that we know how to organise events at the highest level. We have reinvented ourselves to sustain the activity and so that València remains on the map. It is an honour and we are proud that València has achieved this success. People have been very connected, they have behaved responsibly, as was highlighted by the organisers, but the social networks and the posts show that the whole world has been really connected to what was happening here”, said Juan Roig after the end of the race, in addition to conveying his “congratulations to Correcaminos, which once again has shown that in Valencia and in Spain we can organise events and do it very well”.

Juan Roig and sport in the Valencian Community

The Trinidad Alfonso Foundation is one of the vehicles through which Juan Roig sponsors sports in the Valencian Community, but there are others. For more than 30 years, Juan Roig has been supporting Valencia Basket. Beyond his commitment to the first team, both the men’s and women’s, the club has a centre where it is ensuring the future of this sport in the city, L’Alqueria Del Basket, the home of basketball for future generations. 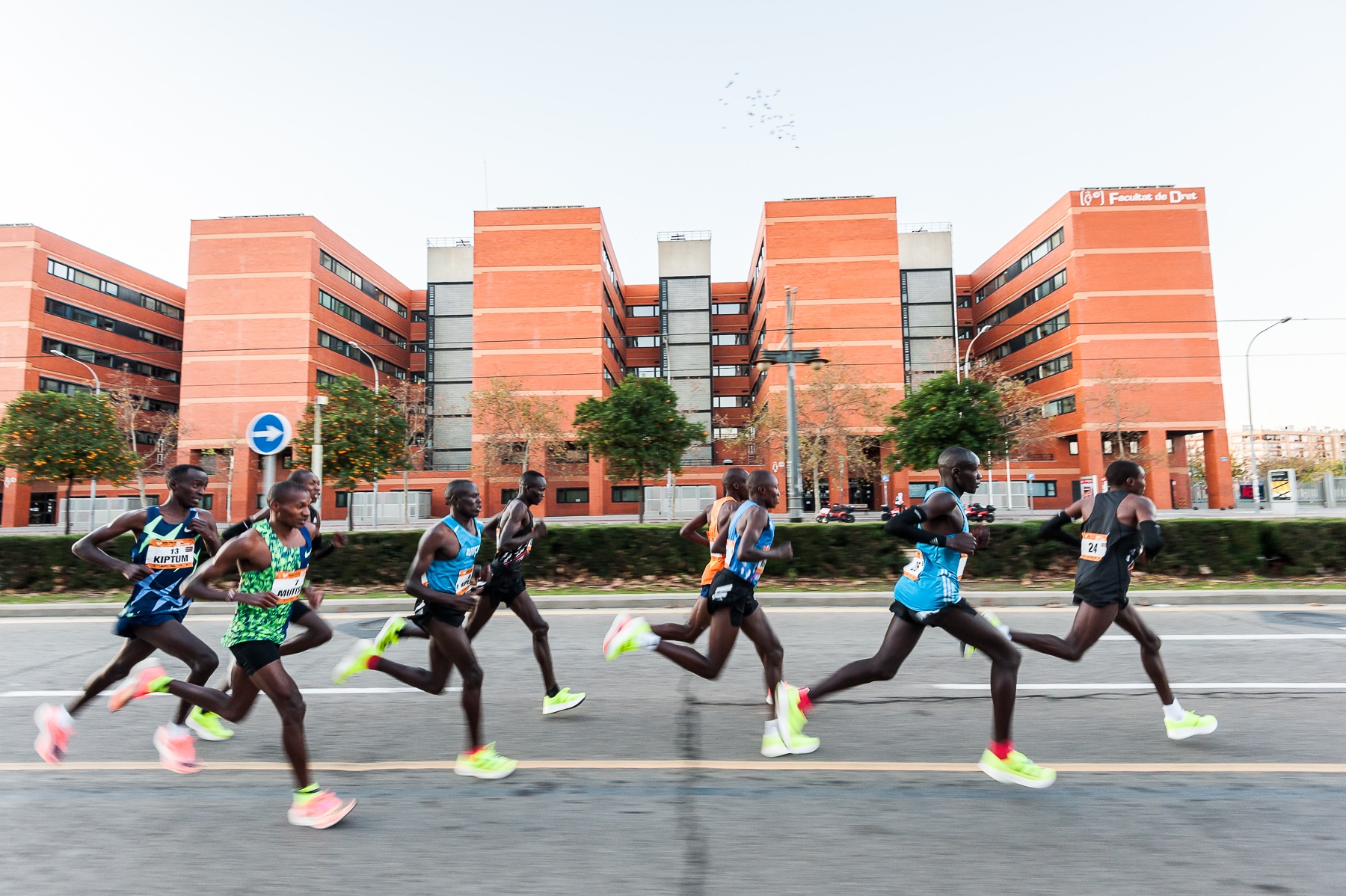