Next Sunday, 6 December, the Marathon and and Half Marathon Valencia Trinidad Alfonso EDP Elite Edition will experience what will be the great race of 2020, but also an event that may go down in history thanks to the impressive starting list they will have, which includes the man with the third best marathon record in the history of the marathon, Birhanu Legese, or the current world record for the half-marathon in women-only races, Peres Jepchipchir. 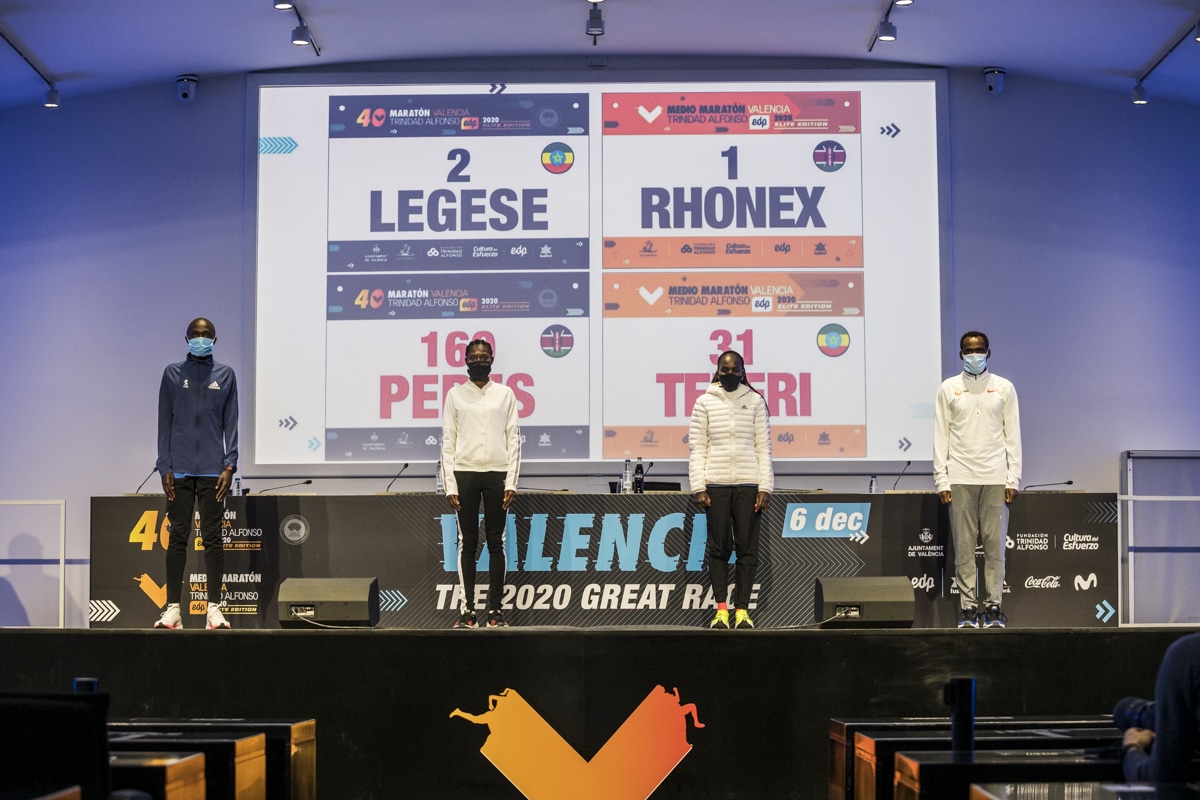 In fact, it has been the athletes themselves who have assured that they are capable of breaking the world record in both the men’s and women’s marathons. “I think it is possible to run below the world record, I will try on Sunday”, said Birhanu Legese at a press conference (2h02:48). “I am well prepared and the circuit is good for running fast”.

In the same line, Peres Jepchirchir (2h23:50) explained that he is “in good condition to run below my personal best”. “I know that the team is very good, but the preparation has been very good, I am very motivated and I have run two half-marathons with good marks and that has motivated me to go for more”, she said. 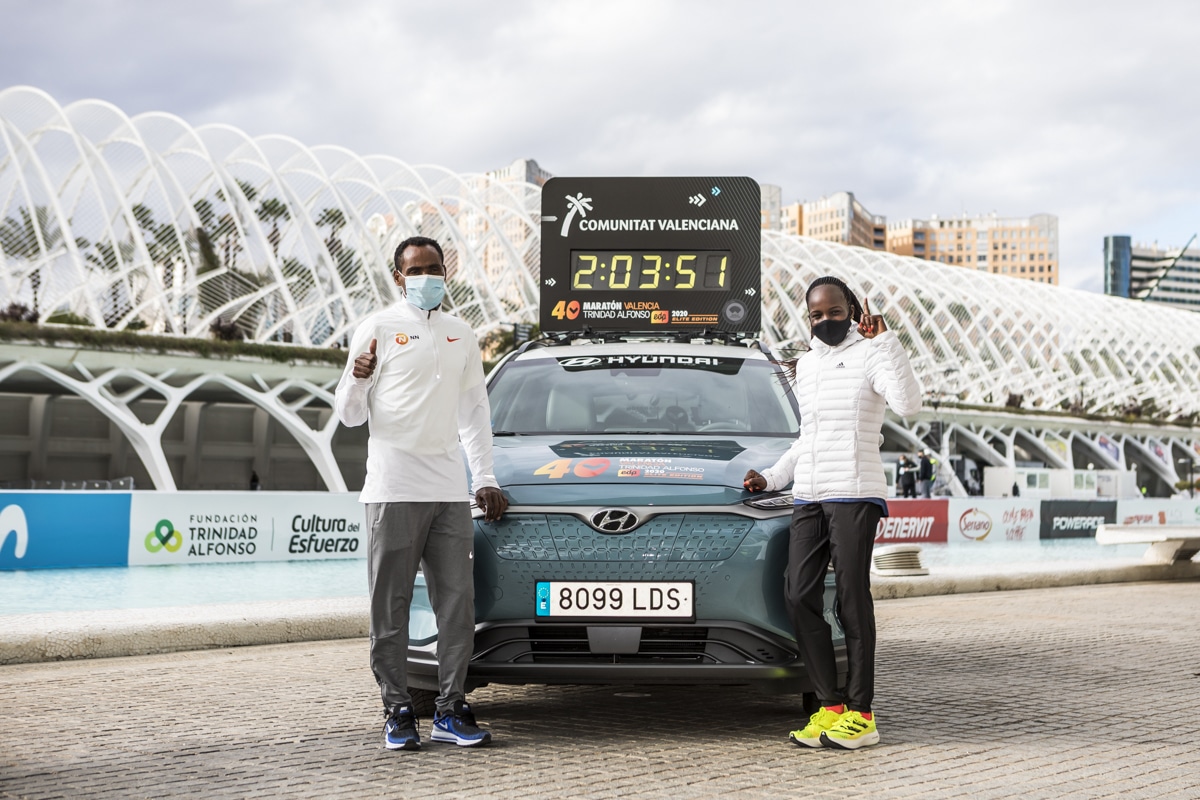 In this sense, Paco Borao, director of the race, was more cautious and said that in half marathons they look for “the greatest records, those of the world”, but he recognised that in marathons “it is very complicated because they are very fast, but the objectives are the race records and why not a world record”. “Here in Valencia we are always prepared to break records”, he said.

In the Half Marathon Valencia Elite Edition, one of the athletes who could do this is Rhonex Kipruto, debutant in the distance but world recordman of 10K with 26:24, he said that his goal is “to run and win”. “I know Valencia very well, I know well that records are broken and my preparation has been good, so I hope that his debut is also good”, he said. Also, Senbere Teferi (1h05:32) said that she was strong and that she saw herself capable of lowering the Ethiopian record that she holds. 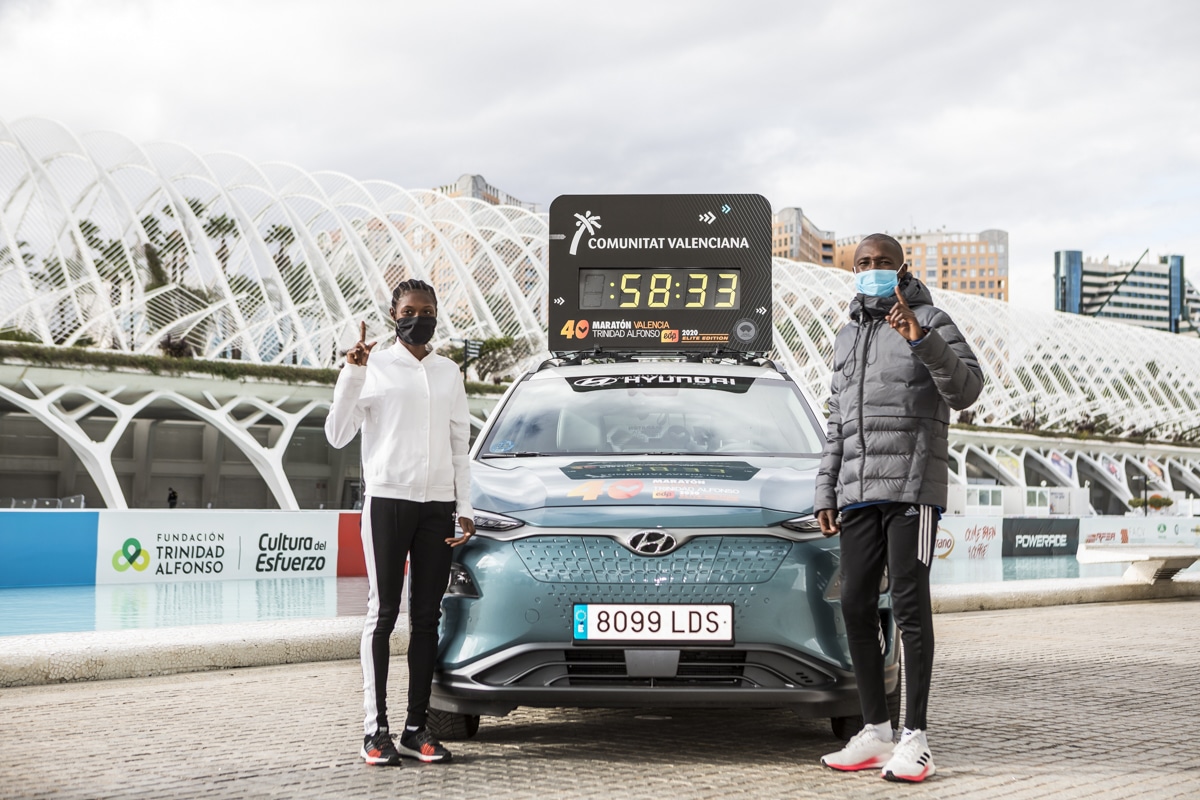 In his speech, Paco Borao thanked all the public administrations, CSD, Ministry of Sports and Foreign Affairs, Embassies and consular corps, as well as the Spanish Federation and World Athletics who “have helped us so, so much to bring people, especially through these difficult times and also knowing they have had a lot of work these last months” . “The race is, from a health point of view, completely safe. The athletes have passed two PCR, they sleep alone, they eat in the room… We comply 100% with the health regulations and we want to show this to everyone”.

Marc Roig, coach of the international elite of this race: “I would like to highlight the difficulties that the selection of the elite athletes has had this year. As there were no competitions, all the athletes in the world wanted to be in Valencia, they wanted it before, because Valencia is the city of running, but it has been painful to have to say no for reasons of capacity, but those who are here are the best in the world”.

“There are notable absences, such as Geoffrey Kamworor, who was coming but had an accident that has made it impossible for him to be here despite having done everything possible to recover, and Letesenbet Gidey, the current 5000m record holder, who cannot be here due to the very complicated situation they are experiencing in their region of Ethiopia with a war that has not allowed him to leave”.

Roig ended with a request to everyone: “I want you to believe with me that on Sunday we are not only going to see one of the best races of the year, but also one of the best in history”.