From today, the Valencia Half Marathon Trinidad Alfonso EDP has the privilege of being the only race that currently holds the men’s and women’s world record at its distance, but that is not all. The 21K organised by the SD Correcaminos holds eight of the 10 best half marathon times in history for men and three in the women’s ranking.

In sixth and seventh place are Abel Kipchumba (58:07) and Rhonex Kipruto (58:09), respectively, in eighth place is Philemon Kiplimo (58:11) in the Elite Edition and Daniel Mateiko with his 58:26 on Sunday closes the ranking. 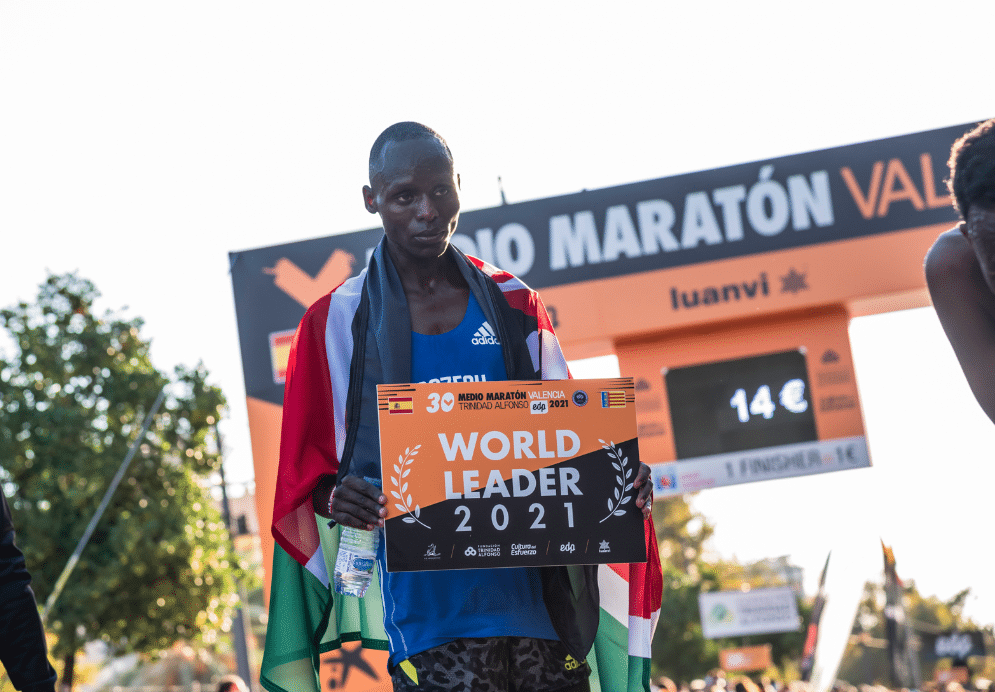 Abel Kipchumba’s time was also the world best time for 2021, bettering the record he himself had held since September in Herzogenaurach, Germany (58:48). In fact, the top seven in Valencia last Sunday improved on that record.

Much more than a women’s world record

In the women’s category, Valencia takes the first two places on the podium thanks to Letesenbet Gidey’s world record in the 30th Valencia Half Marathon and Yalemzerf Yehualaw’s 1:02:52 – who also beat the previous world record – with 1:03:51. In addition, in eighth place we find Joyciline Jepkosgei who set the world record in this race in 2017 with 1:04:51.

Best national times for the half marathon

In terms of national records, four were broken, namely the German men’s record by Amanal Petros (1:00:09), the Djibouti men’s record broken by Ibrahim Hassan (1:00:10) – beating Ahmed Salah Hussein’s mythical record that has stood for more than two decades -, the Maltese men’s record by Dillon Cassar (1:06:11) and the Swedish women’s record by Sarah Lahti (1:08:17).