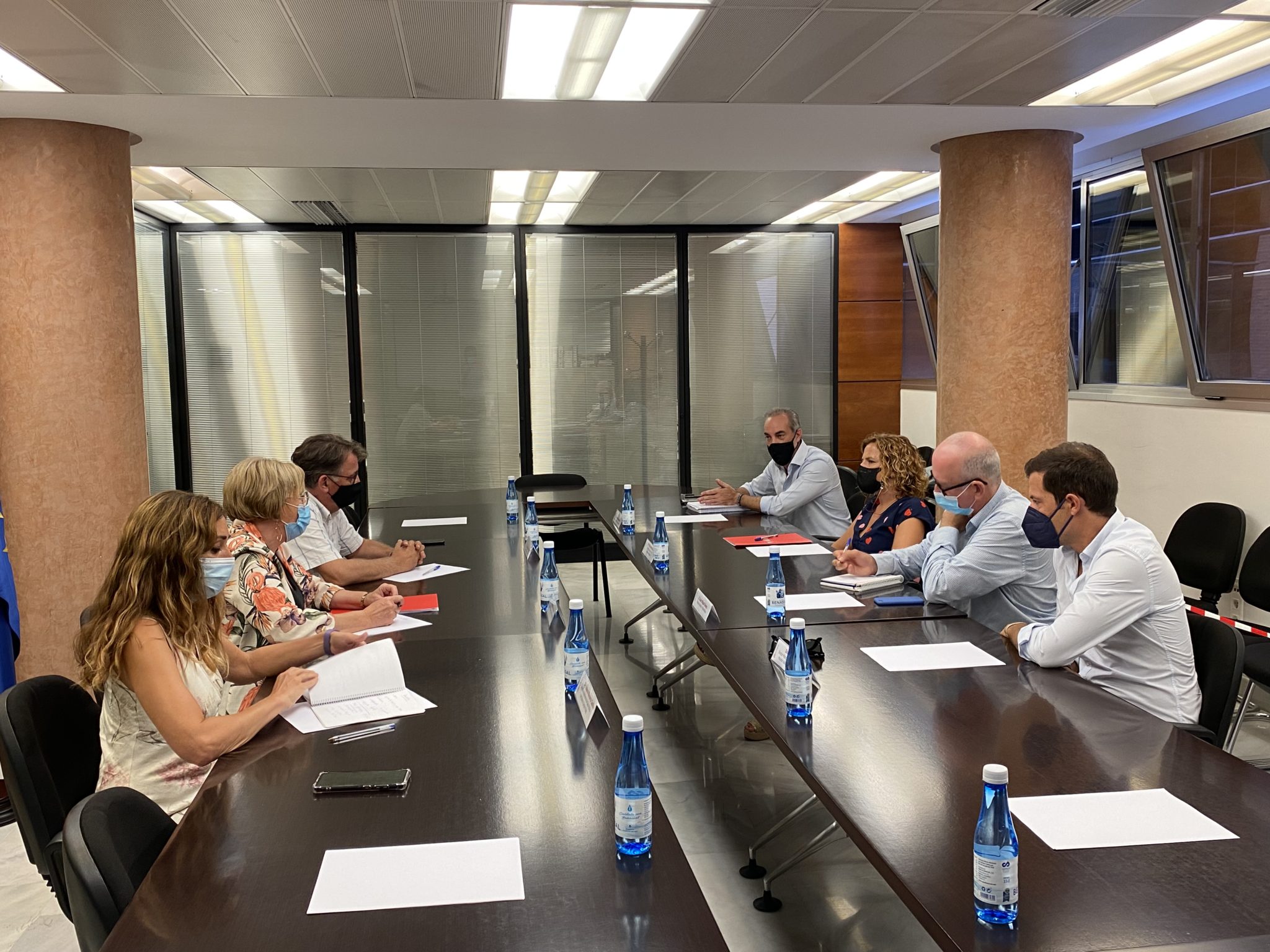 The Regional Minister of Universal Health and Public Health with the Generalitat Valenciana, Ana Barceló, has received representatives from the Management Committee of the Valencia Marathon Trinidad Alfonso EDP at a working meeting in order to progress on the safety protocol for the event.

The meeting was attended by Pilar Bernabé, president of the Municipal Sports Foundation and sports councillor for Valencia City Council; Juan Botella, manager with Sociedad Deportive Correcaminos, and Juan Miguel Gómez, director of the Trinidad Alfonso Foundation, accompanied by Dr. Luis Cort, the medical director for the Marathon and Half Marathon. Josep Miquel Moya, general director of sport with the Generalitat Valenciana, and Isaura Navarro, the regional secretary for public health, also took part in this working meeting.

In addition to measures that include a considerable reduction in the number of participants to 60% of those previously registered and starting in more waves with fewer runners and with a greater time interval between them, there will be measures that take into account the epidemiological situation at the time of the race and that will always be adapted to comply with the appropriate regional health regulations.

The meeting also studied the other measures that will be adopted to make the event safe and the representatives will start working with Health on a specific regulation for participatory events such as marathons and half marathons.

It is hoped that the positive developments and the high rate of vaccinations will not force the organisers to impose further medical requirements on participants. In any case, the health measures or requirements will be announced to runners in good time before the Half Marathon and Marathon races, which are scheduled for 24 October and 5 December.

Pilar Bernabé valued this working meeting as “a very productive meeting” and wanted to “thank the Regional Minister of Health for her efforts and commitment to events as important as the Valencia Half Marathon and Marathon. We are going to work with the Regional Ministry of Health on a protocol that guarantees that these two events will be held in complete safety for the runners and also for the city and its citizens. And I am confident both events will be a wonderful celebration”.