The Trinidad Alfonso EDP València Half Marathon has become one of the major events in Spain’s Autumn season of long-distance races. The trial is for both men and women, and the fast 21,097.5-metre circuit takes a spectacular route through València’s city centre.

A huge number of runners take part, with the figures scaling new heights every year. No fewer than 13,827 athletes reached the Finishing Line in 2018. The race stats are also breathtaking: for six years in a row, it has been Spain’s swiftest marathon, setting a faster time each year for the last eight editions. Furthermore, in the last edition, 10 athletes ran the race in under 60 minutes.

One should highlight the fact that the València Half-Marathon is the world’s fastest race over this distance. In 2017, a new Women’s World Record was set when Joyciline Jepkosgei crossed the line with a sizzling time of 1 hour 04:51.

Moreover, the Royal Spanish Athletics Federation (RFEA) ranks this trial as the best half-marathon race in Spain. In 2020 will belong to the new SuperHalfs series. 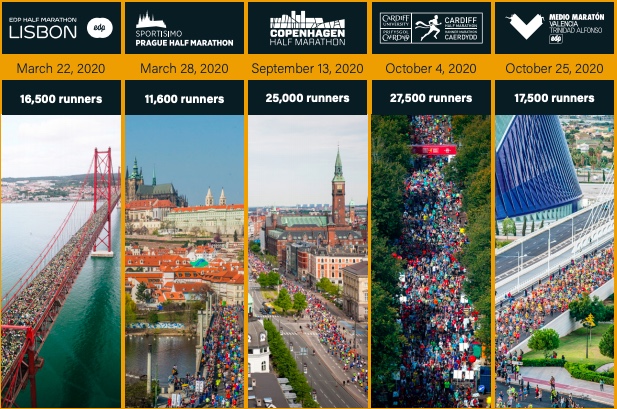