Kibiwott Kandie sets a new world record (57:32) in the Valencia Half Marathon

The Kenyan Kibiwott Kandie with his 57:32 has achieved a new world record in the Half Marathon Valencia Trinidad Alfonso EDP Elite Edition, which was held in Valencia City of Running with an event only for professional athletes. The runner’s victory represents a new world record after surpassing the record of 58:01 set by Kamworor in Copenhagen in 2019.

In addition, three more men have bested the previous world record: Jacob Kiplimo (57:37), Rhonex Kipruto (57:49) and Alexander Mutiso (57:59), confirming that the Valencia circuit is the best in the world for achieving great race times and setting records. 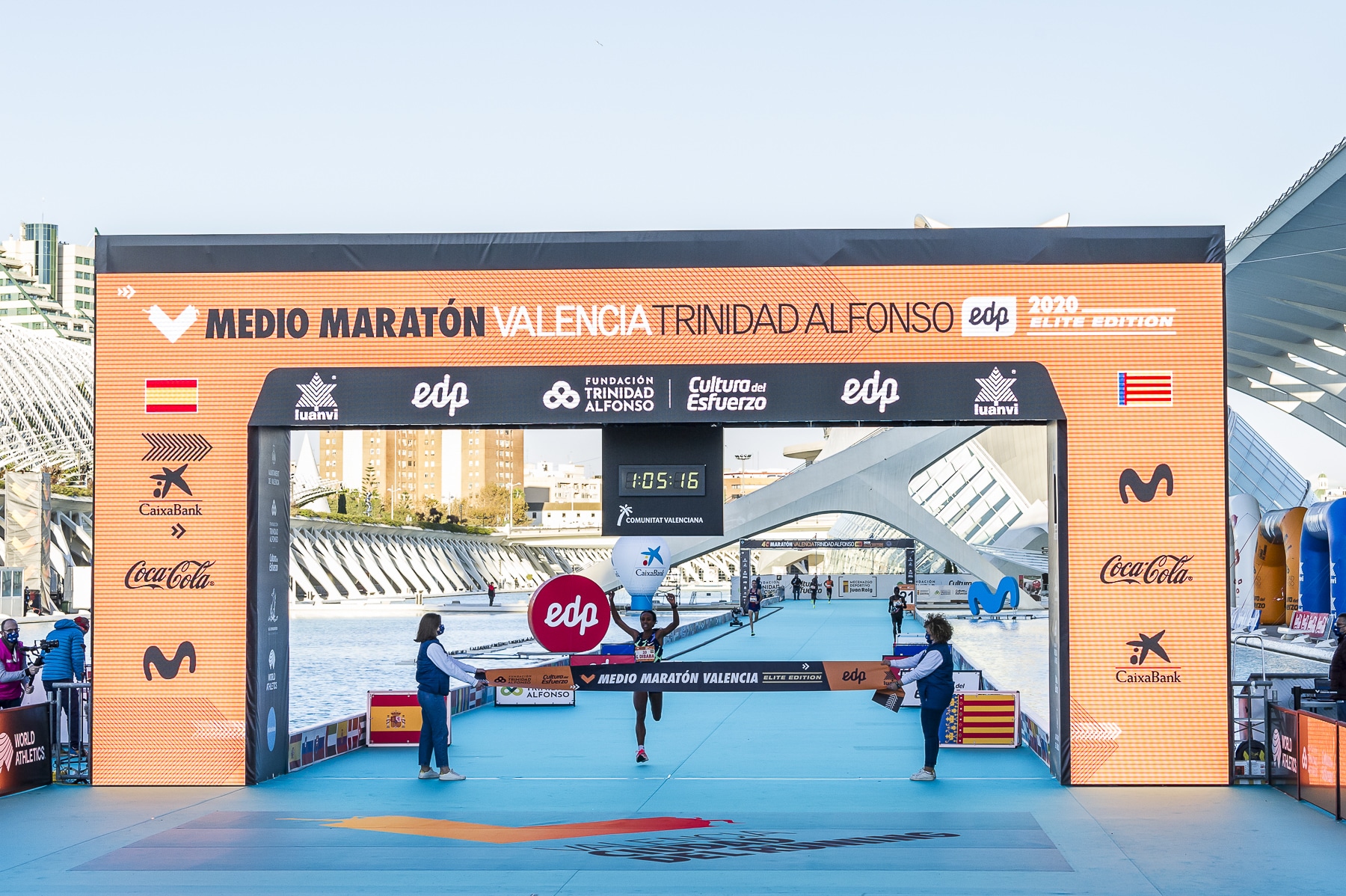 Among the Spaniards, the debutant Carlos Mayo achieved the second best time in history in the half-marathon with a time of 1h00:06, lowering the time achieved by Juan Antonio ‘Chiki’ Pérez (1h01:30) last year in the Valencia Half-Marathon. In the women’s category, the first Spanish national was also the debutant Mª José Pérez, from CA Serrano, who was the first to cross the finish line in 1h12:57.