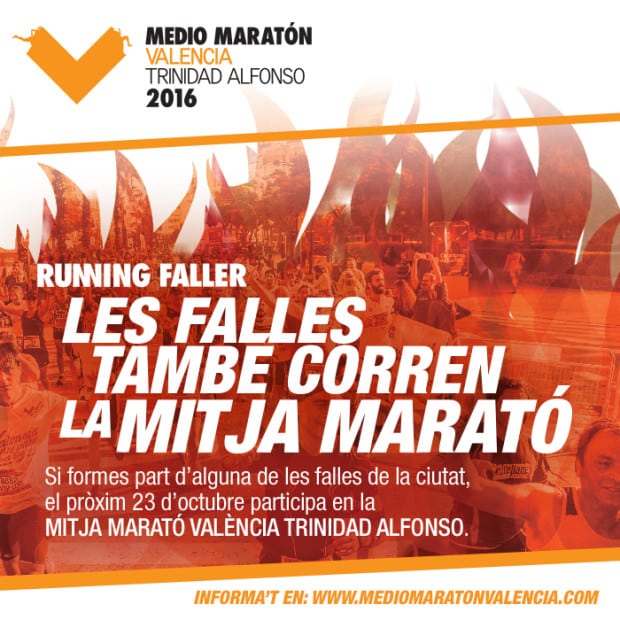 Cheer on your falla

The associations of the Junta Central Fallera (JCF) will have the opportunity to cheer for their runners in the large-scale events of the city and compete in the category ‘Cheer on your falla’. There will be four categories (Falla with the best atmosphere, Biggest crowd, Most original support, and Biggest child association, which is a new category) and four €500 prizes for the fallas that take part in this initiative.

Run for your falla

Runners who take part in the Valencia Half Marathon and in the Marathon can also register as part of a JCF fallas association and compete in the category ‘Run for your falla’. There will be a ranking of falleros and trophies for male and female winners. In addition, there will be a €500 prize for the falla with more finishers.